THE FOUR BUDDIES WERE INDUCTED INTO THE UGHA HALL OF FAME ON 4/4/98!

Click HERE to view an article about The Four Buddies by Marv Goldberg.
(Will open in a separate window)

Listen to this week's selections by The Four Buddies: [Audio restoration by Dave Saviet.] 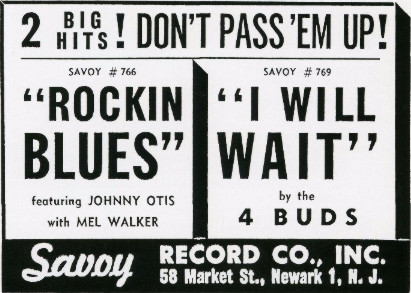 (Above: Clipping from December 1950)
[Courtesy of Galen Gart]