Click HERE for an article about The Four Buddies by Marv Goldberg.
(Will open in a separate window)

Listen to this week's selections by The Four Buddies: [Audio restoration by Dave Saviet.] 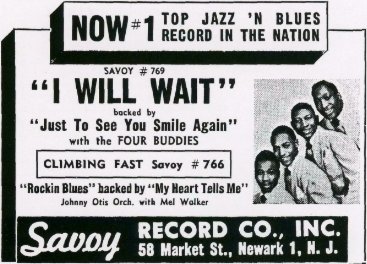 
[Above: Billboard clipping from February 1951 courtesy of Galen Gart.]