Above Right: The first of two records released by the group on Chicago's Chess label, both in 1953. The group was from Cleveland where Alan Freed had his popular "Moondog House Party" radio show on WJW. Note the incorrect spelling of Alan's name on the label.

Click on an option below to listen to "Nadine" using Windows Media Player. 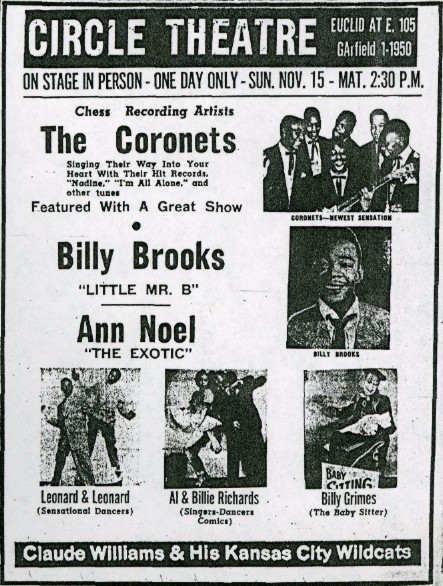 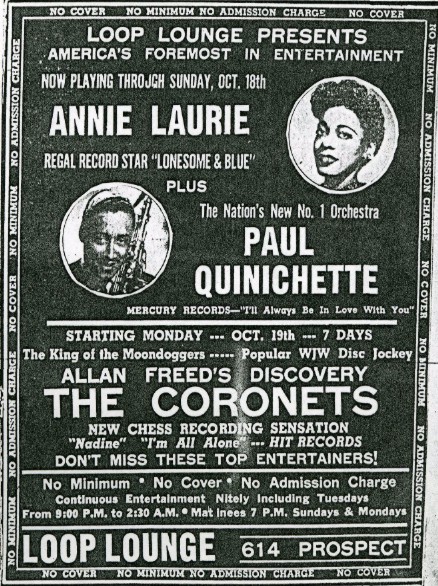 Above: 1953 clippings from Cleveland Call And Post (courtesy of Richard Koloda).