THIS WEEK'S SELECTIONS ARE DEDICATED TO MATTHEW McKINNEY

[Above image provided by Paul Ressler.]

Click HERE for an article about The Cabineers by Marv Goldberg and George Moonoogian.
(Will open in a separate window)

Matthew McKinney, 66, of West Burkhead Street in Whiteville, a former member of the renowned Ink Spots musical group, died Saturday, March 23, 1981 at Veterans' Hospital in Fayetteville. He had resided in Whiteville since 1977.

Mr. McKinney was a Florida native, the son of the late J.C. and Anna McKinney. He was a U.S. Army veteran and was a member of American Legion Post 233 in Whiteville. 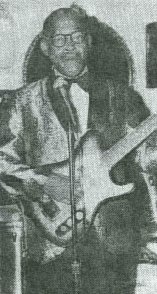 Drafted into the U.S. Army on August 23, 1944, he was discharged on April 11, 1945. He came out of service disabled, but continued with the music he so dearly loved despite his handicaps.

It was in 1958 that he joined the famous Ink Spots and traveled around the world and to many of the great cities in it. His group entertained many persons, including the King and Queen of England.

Mr. McKinney had belonged to several churches in his early years, but after moving to North Carolina he became interested and studied with the Jehovah's Witnesses.

Final rites were held Wednesday, April 1 at 12 noon at the Whiteville Kingdom Hall of Jehovah's Witnesses by James Rogers, with burial in the Wilmington National Cemetery.


Above: Label image for Abbey 3003. This is the "Rhythm & Blues Series" reissue of Abbey 72, both released in 1949. Matt McKinney was with The Cabineers on all their Abbey and Decca releases.

Listen to this week's selections by The Cabineers: [Audio restoration by Dave Saviet.] 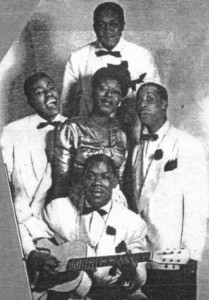