THE MELLO-MOODS WERE INDUCTED INTO THE UGHA HALL OF FAME ON 4/24/99!

Click HERE for an article about The Mello-Moods by Marv Goldberg. (Will open in a separate window)

Click HERE for an article about The Mello-Moods by J.C. Marion. (Will open in a separate window)


Jubilee's Flying Disks
NEW YORK, Jan. 5, 1952—Jerry Blaine, Jubilee Records prexy, is currently so hot with his releases that he revealed he is being forced to ship copies to the Midwest by air. The three disks which are causing all the fuss are "Baby Please Don't Go" by the Orioles, "Diane" by Buddy Lucas and "Where Are You" by the Mellow Moods [sic] on the Robin label. The unprecedented demand has Jubilee disks climbing fast on all the charts.


Above: Label image for Robin 105 released in December 1951. Joel Turnero, the group's manager, composed the flip song "How Could You?". Buddy Wooten sings lead and Bobby Williams second lead on both of these sides. The group had a total of four records released, two on Robin/Red Robin (1951-52) and two on Prestige (1952-53).

The Robin label, later to become Red Robin, was owned by Bobby Robinson (see photo below).

Listen to this week's selections by The Mello-Moods: [Audio restoration by Dave Saviet.] 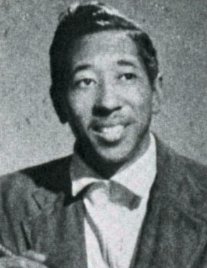