SPOTLIGHT ON THE MANOR LABEL - PART ONE


Above: Label images for Manor 1062-A and Manor 100 A. Note that "Clark Record Co., Newark, N.J." appeared on the very early releases. This same caption also appears on some Stinson Records labels.

The Five Kings backed Savannah Churchill on two of her Manor releases. Danny Owens, who was a member of The Coleman Brothers, later joined The Sentimentalists/Four Tunes for their Manor releases. "The End Of My Journey" is the same song as The Four Knights' "He'll Understand And Say Well Done".

Listen to this week's selections on the Manor Label: [Audio restoration by Dave Saviet.] 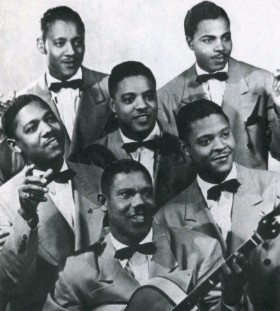